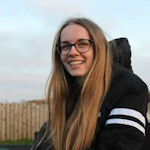 Get out of my dreams, get into my car - Billie Ocean

Adelaide has had a passion for music from a young age and loves lyric writing. 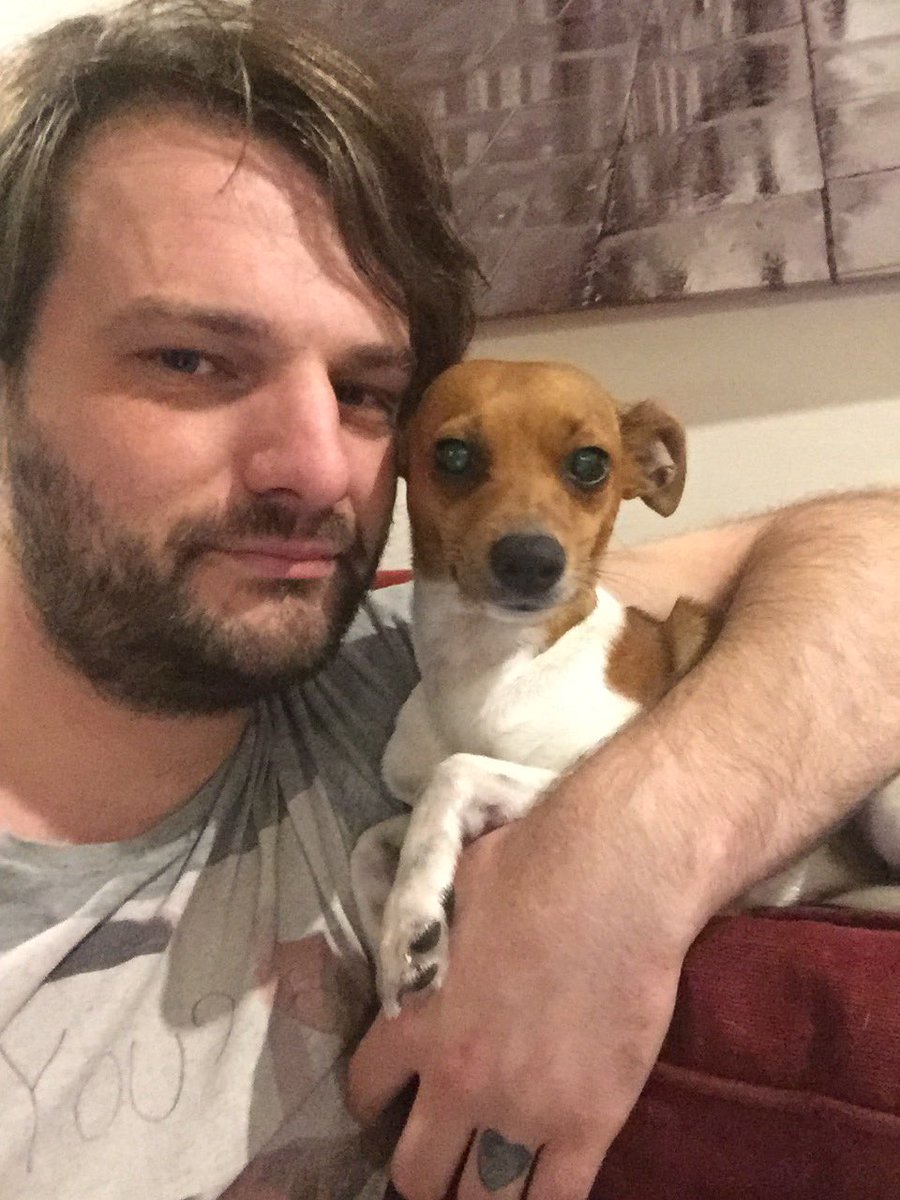 Allan started his radio career at Isle of Wight Radio working as the tea boy on the Saturday sports show and as producer for the station's veteran phone-in presenter Alex Dyke. This led to his own Saturday evening show, but he was let go by the station after broadcasting a controversial feature named "Bin Laden reads the Bible". After this, he moved to neighbouring station Power FM, before leaving the south coast for Hull to present Late Night Lake at Viking FM. Whilst working at Galaxy Manchester he generated more controversy after comments he made about Pop Idol winner Michelle McManus

After a stint at Liverpool's Juice FM, he moved to London and GCap Media's Capital Disney for an evening show named "In on the Lake" from January 2005 to August 2006. Lake was then moved to the Breakfast show on sister station Core. After eight months, the show ended as the station switched to a non-stop music format. During this tame, Lake was also a regular cover presenter for Capital 95.8. He has covered shows for GCap's Coast 96.3 and Red Dragon FM, where he once again generated more controversy over his sacking, after getting listeners to call the programme controller to try to persuade him to hire him, who in turn rehired him.[4] During his time on the Evening show, Lake caused Red Dragon to have its building lease reviewed after he ordered a live cow to be delivered to the studios. Both incidents were radio stunts with the consent of management, Allan continued to be employed by the group throughout. Allan now joins us here at Zack FM. 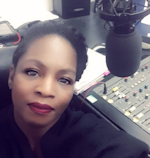 All time top three songs:
Three little birds - Bob Marley
Change Me - Tamela Mann
Spirtual 'Loose Ends remix' - Don E featuring The Collective
My radio career:  105.3 Zack FM
The best thing about working in radio:  I get to discover and uncover my passion for music and share a little bit of light.
Show Name:  Mind, Body and Soul on Sunday 11pm-1am as the host Angelina mixes good music with conversation on all things spirtual, mental, emotional and physical. 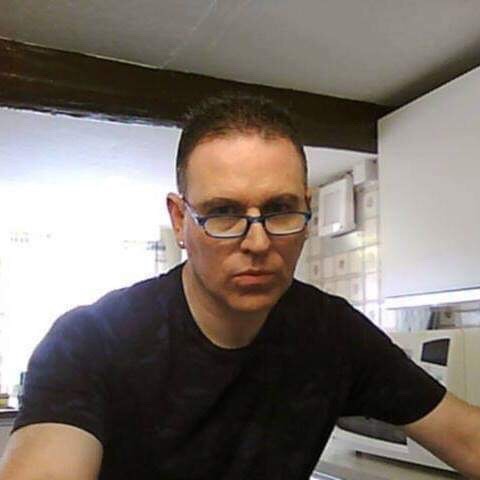 Sheena Easton - For Your Eyes Only

My radio Career: Started age 13, made a small FM transmitter and broadcast music to our house and about 50 metres up the street! Had up to TWO listeners! Made other ventures in to home-brew broadcasts in more recent years but less said about that the better! Now proud to be associated with Zack FM. 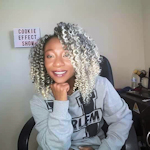 My name is Cookie. I started off as a dancer and I have worked behind the scenes with artists such as May7ven, Tim Westwood and a number of up and coming acts too. As well as hosting The Cookie Effect podcast (available on all major podcast platforms) I am delighted to be part of the Zack FM team! I enjoy all things music but my passion is Hiphop and R&B - but good music IS good music! I host an easy breezy show with some fun features such as tell me why you're mad, krazy fun facts and a little celeb chat too.

I am very open minded and I tell it as I see it so expect the unexpected. This show is for like minded people who just don't take themselves too seriously and like a bit of fun.

I have been into radio since the seventies. I started off with land based pirate Station Anglia Radio, ABC England to name a few. In 1979 I worked for pop pirate Radio Caroline on the good ship Mi Amigo as a DJ and painter and in 2003 worked as a DJ and producer for Rock Station Xcel FM for 3 years until it was sold. I then had a break until I joined Zack Fm. Radio has been in my life for years and i love it. You can hear me between the hours of 3 and 5am Tuesday - Friday. Also on Solid Gold Sunday Morning "nothing but 60's" from 5am - 7am!
we asked Dave what his 3 top songs are:

1. Dancing In The Street by Martha Reeves and the Vandelas.

3. We Love The Pirate Stations by The Roaring Sixities. 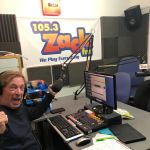 Derek started his broadcasting career at the age of 18 working in the world of local radio. In the seventies, he worked for BBC Radio Sport based in London. In the eighties he joined ITV and World of Sport, by now an established horse racing comentator. During 1985 Derek joined Channel 4 Racing. He also commentates for At The Races and was often heard on TalkSport. Zack FM are pleased to welcome "Tommo" to our Solid Gold Sunday lineup.

Doug Kramer, known for his energetic on air personality, has spent the better part of the last 20 years in Radio. Beginning his career in Hot Springs on 105.9 KLAZ, Kramer pioneered the on air mix-show having DJ's like Chaos, Big Brown, Chris K and many others doing live mixes on the air. After several station moves in the late 90's Kramer found himself a home in New Orleans doing mornings on 104.1 KISS FM. At this point his show had begun syndication. In 2006 Kramer moved his operations to Oklahoma City where he worked afternoons at KJ103 and further refined the overall direction of his show. It was then that he began syndication of his mix-show which is still heard every Saturday night. In 2008 Kramer took his syndicated program to the studio back in Arkansas. 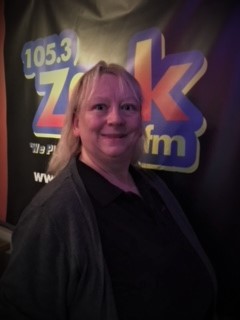 Flip hails from the town of Bishop's Stortford but is now a local gal residing in Beck Row. Flip champions all things local to Mildenhall and the surrounding villages but is truly in her element when interviewing local people, bands and business people. Flip is often found "out and about" at local events flying the flag for Zack FM. There is nothing she loves more than being interactive with our listeners on air when hosting her shows so do call her up or pop a message through when she is in the studio.

You can catch Flip on Monday evenings at 9am with the "All Request Show" or teamed up with Chris T on Tuesdays for Live and Local. Other shows include Wednesday evening at 9pm for an hour of chat with a local V.I.P., Sunday Night Live at 9pm as part of Solid Gold Sunday and Monday mornings at 4am.

Starting his career aged just thirteen, it was only a short while before Geoff became established as one of the Mecca Group's top three DJs, seeing him open new venues worldwide. He compared the second ever gig by Led Zeppelin and early shows with Fleetwood Mac. Geoff has been heard on Radio Hallam, Q102 in Florida and KZUN in Dallas, pirate radio station Sunshine Radio, Skyline FM, Express FM, Mix 94 in Las Vegas and the UK's second most-listened to community station, Forest FM and now joins us on Zack FM.

I have been working at Zack FM now for a good number of years now, I have always enjoyed music and have spent time working in clubs and done a season abroad in Ayia Napa. I always strive to make my self better at what I do and enjoy helping people so they can also achieve their goals. My main interests are deep house music, tattoos and just going out at the weekend with my friends. Join me each and every Saturday morning between 7 and 9am. 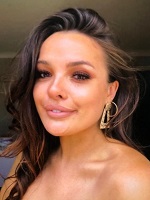 India is from Newmarket and is the daughter of famous racehorse commentator Derek Thompson. She undertook her radio training at Capitol FM in London and that is where she is currently based at Uni studying broadcasting and fashion.
Janey S

Since Janey landed in Zackland she cannot believe the amount of freedom there is for presenters to be themselves and insert their personalities into their shows. She says Zack is like 'Coming home'. Janey's previous radio station include all the ones she's worked at before.
Janey loves animals, trees, plants, and nature in general. She is well travelled and enjoys meeting people from all walks of life. She loves funny people, silliness and eccentricity.
She is looking for a Plan to save the world with laughter: but hasn't found one yet. If and when she does, we 'Zackonites' will be the first to know.
Janey can be found on the Zack schedule on Sundays from 5.00  - 7.00pm. 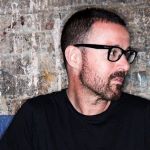 Judge Jules brings his Global Warm Up set to Zack FM on Sunday mornings at 1am. The perfect extension to your Saturday night party. 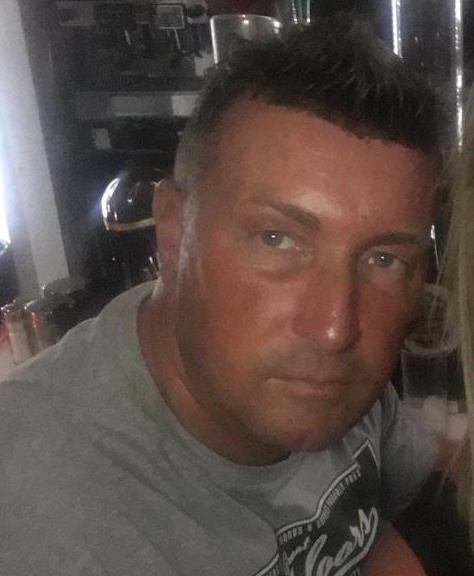 Hobbies and interests – I go to the gym most days, I am a bit of a workaholic so work and hobbies seem to run into each other.

I originally started doing mobile disco's when I was 14 years old, then moved into DJ'ing in bars and nightclubs across the country working with many famous PA's and bands before getting my own bar/ night club, which I currently have alongside a property development business.  My radio life began after being a big fan of Laser 558 and Radio Caroline; I started in radio with Instore Radio for New Look, then got a big break and went to work at Chiltern Radio, originally doing weather, travel and making the tea! I then progressed to my own show and the Chiltern radio Roadshow's. Soon after that I joined a station in Essex called 1557. I also worked for Jam FM, Midsummer Radio amongst others, in the mid 1990's I did a spell on Radio Caroline out in the North Sea. In 2005 I started DJing for Big L International Radio where I still currently have a show on Saturday afternoons. I started my show on Zack FM in 2011 and took over ownership of the station in 2014.

I always try to believe that if you want something enough, and you work hard enough one day it will happen for you, hopefully that day will come. 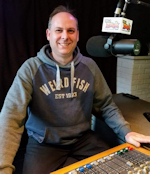 Kev has been spinning up the discs since 1989 in one form or another. Originally from South Wales, Kev spent many years gigging in the local pubs with his Disco Show as well as spending some time involved in hospital radio.
A change in career meant a staggered move across country which eventually found him based in Norwich where he currently resides with his family. Kev spent many years with Big L International, broadcasting on 1395am and the internet. Now you can find him on Zack FM, weekdays at 1pm.
As well as hosting shows on Zack FM, he is also part of the tech team with the station. Kev's shows are broadcast live from his own studio in Norwich to our studio in Mildenhall.
Kev's "Bit In The Middle" show features The Golden Oldie of the day, some of those silly stories and surveys that always seem to change each day of the week (depending on which way the wind is blowing) and a couple of What Was The Year quizzes to tax your brain cells. If you would like to pick a golden oldie or have us feature a particular year on "What was the year" do get in touch!